× Float your latest theory on who is going to be this school year's big bad, piece together plot points to unravel one of the big mysteries, or guess what's coming up next in your favorite stories.

Anything is fair game... just don't complain when someone with more Whateley-verse savvy shoots your theory out of the sky.

Posting rules: Any registered member can create threads or post to existing ones.

Warning: Spoiler! [ Click to expand ] [ Click to hide ]
Curious who is this individual who is a Supervillain Minion.

Besides being a member of ATHUG, I’m also a card-carrying member of the IBEW and IASTE, which means that I get double scale, which is a lot better than the yahoos they pour into those jumpsuits get.

Very interesting, 3 different organizations for Supervillain Minions. Interesting logistics on supervillains with bases and time. And Green Devil, surprised no one has used that name before now for a villain.


Dreamer wrote: Whoa, whoever this minion is invented a 'Back Urchin', now that is something I could see heroes and villains both wanting.

Sometimes it's the most obvious things that get left undone.

I checked my smartphone and sure enough the Boss and the guys were mixing it up with Hexagon, her stooges, a company of mercs and a handful of WTFITs.

Fighting Hexagon and all those others, though Green Devil would be smarter about it. And what are WTFITs?

What The F Is That


Dreamer wrote: Okay, just how many spellbooks does the Witch Queen sell to her covens?

I got the impression that she'd give Martha Stewart a run for her publishing money.


Dreamer wrote: What turned him from a cowardly little weasel into this?

Why do I get the feeling that 'telescope' is dangerous in the wrong hands? 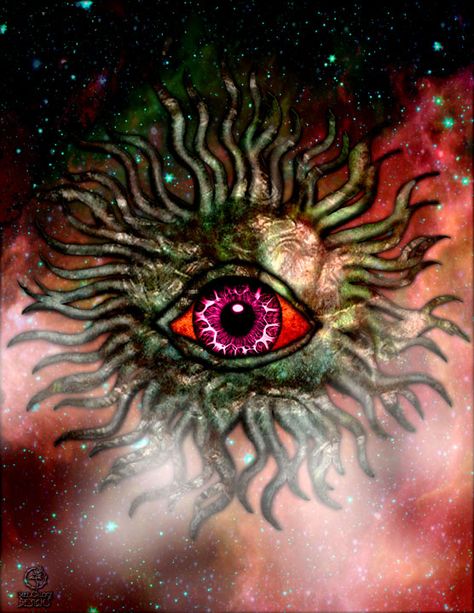 Less More
10 months 1 week ago #65921 by Kettlekorn
Kettlekorn replied the topic: The Nefarious Three
This was pretty fun, but I think some bits of the story might have gotten misplaced along the way. When Raven made her appearance, Slim mentioned needing to get the grimoire back, but when was that lost in the first place? At first I thought he meant he'd left it behind with the other books before they went Yonkers to get Wheels, but then Raven pulled the grimoire and not-telescope out of nowhere, and then Ulrike randomly had the brass bottle. Did I miss Slim having a piñata moment, perhaps during the zero-friction shenanigans?

Also, my suspension of disbelief walked out on me at the 27 PFGs quip. Do they come chained together for bulk handling, like an ammunition belt, so that Slim's basically wearing the Bandolier of Extremely Redundant Protection? Or am I supposed to be picturing him waddling around with a couple dozen belts strapped all over his body and slung over his shoulders? Or are the devices just spilling out of his bulging pockets?

I want to be clear that this isn't a complaint. The mental images as I try to sort it out are hilarious.

I am the kernel that pops in the night. I am the pain that keeps your dentist employed.
The following user(s) said Thank You: Dreamer, Malady

And we've already seen her in Gen2?

Also would've expected more of a reaction to the Raven Spirit?

My Patreon. But, support the Crystal Hall 1st?
Last Edit: 10 months 1 week ago by Malady.

Malady wrote: Not Stormy, unless she goes to Whateley eventually?

That's who I'm thinking of. She did turn out to be capable of magic w/o the raven. If she enrolls in Fall 2007, she'll have months of living as a young woman, and Poe's starting out on the comfy side until renovations are completed.


Malady wrote: And we've already seen her in Gen2?


Malady wrote: Also would've expected more of a reaction to the Raven Spirit?


Malady wrote: We have too many Darcies...

Serena, who went by 'Darcy' although her name was Darcy for reals. (Silent Nacht)
Darcy 'Sizzle' Dreyer. Exemplar three, kinetic speedster. Student of life. Not the worst influence on Jobe.
Darcy 'Sizzle' Dyer in "Gearhead" back to Darcy ‘Sizzle’ Dreyer in "No Beast So Fierce.

Father Peter Darcy was kidnapped from Rome, but retrieved and in better shape than Petra.
Darcel 'Big Mack' MacArthur kept his Y chromosome.

I don't get the impression that Strega would accept anyone from the Bloodline as an arranged mate, so Fina will likely stay a Valocco.

All we need now is Marcy Darcy!
Forum-posted ideas are freely adoptable.

She seemed to have trouble with quick electric magic.

So, not sure she's good enough to be the Dodger by magic. But, good sneak skills? Hmm...

And she did a favor for Nacht and/or Frost. If she was the Dodger, she'd have called in those favors?

That depends on when this is in relation to Evil Genius.

Still not ready to make the page for this.
Archives: Rubberjohn's Fanfic + CrystalHall + Mittfh's Wordcount Spreadsheet

My Patreon. But, support the Crystal Hall 1st?
Last Edit: 10 months 1 week ago by Malady.

Less More
10 months 1 week ago #65932 by Cryptic
Cryptic replied the topic: The Nefarious Three
Not quite done yet, but great read, gives me some ideas for some tweaks to my OC;s backstory.
I am a caffeine heathen; I prefer the waters of the mountain over the juice of the bean. Keep the Dews coming and no one will be hurt.

Malady wrote: I did mean that we saw Gwen, in the end of Evil Genius.

She seemed to have trouble with quick electric magic.

So, not sure she's good enough to be the Dodger by magic. But, good sneak skills? Hmm...

Now that I think about it, there's also a good chance that the Dodger is Jessie Harrow.
Forum-posted ideas are freely adoptable.

Oh, and Bek; Congratulations. You used a word I needed to look up.
I am a caffeine heathen; I prefer the waters of the mountain over the juice of the bean. Keep the Dews coming and no one will be hurt.
Last Edit: 10 months 1 week ago by Cryptic.

Less More
10 months 1 week ago #65944 by Sir Lee
Sir Lee replied the topic: The Nefarious Three
Am I the only one who noticed the similarities between Ulrike's staff and the fetish stick Jordan Winters inherited from Judge Ainsworth? OK, one is wolf-themed and the other is cat-themed... but still...
Don't call me "Shirley." You will surely make me surly.

Less More
10 months 1 week ago #65952 by cprime
cprime replied the topic: The Nefarious Three
One thing that registered with me was the identity of the attacker that started off the story. Her code name is Hexagon, and the last time we saw someone with her name, the imp had just called the cops on her and the rest of the IRS. This leaves me with a couple possible conclusions, in order of decreasing probability.
1. At least part of the IRS is out of jail.
2. Hexagonner 2.0 died, making this 3.0
2. Someone decided that the code name was no longer in use, and thus ripe for the taking.

With possibility 1, they could have been released early, or their prison sentences may have run out. In either case, they still have reason to get back at the Imp (particularly since she turned them over to the police) and are probably getting ready for their next big job against the her.
With possibility 2, she likely died in prison and may or may not have taken on an apprentice of her own. If 3.0 is in the mold of 2.0, she'll probably be motivated to take revenge on the Imp, if only to inherit the legacy of 1.0.
With possibility 3, 3.0 will be a real hexagonner once 2.0 finds out and gets her hands on the necessary ingredients to deal with the imposter.
Is your muse looking for inspiration? Send them to Parkerville! Welcome to Parkerville is the latest edition in my series of writing prompts.